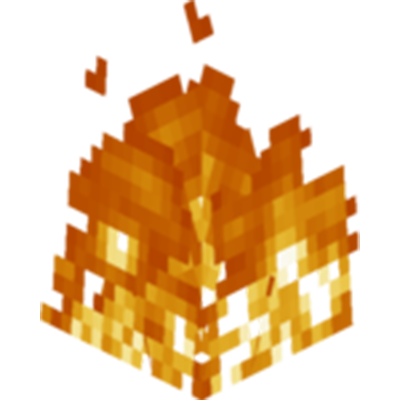 Fire Escape! is a Malmo mini game in which an agent must travel from a starting destination to an end destination without falling off of the map or dying from fire damage. The map is can elevated surface of blocks which includes a start block, an end block, ordinary path blocks, and blocks that are lit on fire. The game is won if the agent is able to travel from the start block to the end block without dying.

Before the start of each game, the agent has 10.0 units of health (represented by hearts). The agent will incur 0.5 units of damage per half-second if they are standing directly on fire. After standing on fire, the agent will be set on fire and will incur 0.5 units of damage per second for 8 seconds. Thus, it is possible for the agent to win the game if they are only in the fire for a brief moment. However, if the agent incurs too much damage, they will die and fail the game. Likewise, if the agent falls off the surface of blocks, they will die and fail the game.

The goal of the game is to complete the map using the least amount of moves possible with the most remaining health possible. We are using Q-Learning and Deep Q-Learning to find the optimal solution to a map. The ultimate goal is to perform better than a normal player would be able to, or Djikstra’s shortest path would be able to. For more information on our progress so far, take a look at our Status Report or our Source Code.